Have Your Kids Trashed the Car? 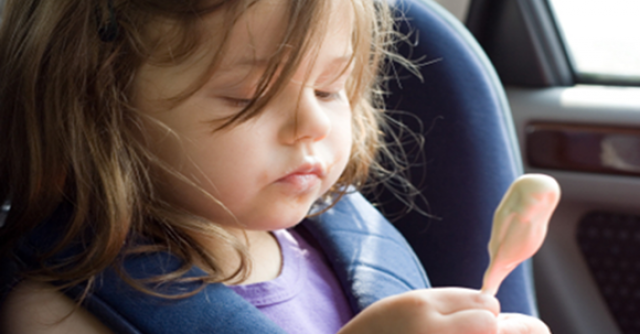 Martha Brokenbrough is a writer, teacher and a mom who lives in Seattle. Her recent writing projects include Things That Make Us [SIC] and It Could Happen to You: Diary Of A Pregnancy and Beyond. She is the founder SPOGG, the Society for the Promotion of Good Grammar and can be found at marthabee.com


I used to be a big Suze Orman fan. How cool, I thought, that someone could start out as a waitress and end up an internationally recognized finance guru.

Then she said something that made me break up with her. (That’s right, Suze. Don’t bother calling. We’re so not doing lunch.)

I don’t have the exact quote, but it was something to the effect that people with messy cars tend to be reckless with their money.

So here’s the thing about my car. The last time I vacuumed it, I went through $2 in quarters and ran out of change before I could suck out all the visible grime.

The seats have shoe prints. The carpeting is stained, and in certain spots, sticky. I never did fully eliminate all of the Jolly Rancher mosaic Lucy made on the side of her seat during one car ride.

One of the cup holders has a plastic cake that plays “Happy Birthday” wedged in it permanently. The door pockets have children’s artwork that I haven’t quite managed to file away, along with CDs that are too scratched to play. The remote control for the telescope is still in the center console, where I stuffed it four years ago when we moved.

In short, my car is a mess. 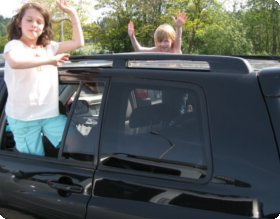 And yet, Adam and I do all the normal things that financially responsible people do (although maybe I’m a little abnormal in how often I call the cable company to find out why they’re charging us for such weird things.)

So maybe what Suze Orman isn’t recognizing is that a messy car is even more likely the sign of a person with children. Because I would be willing to bet that a good number of the messy cars that Suze Orman has peered into are owned by families who prioritize their interior upholstery somewhere near the very bottom of the list of Important Things To Do.

That said, a little bit of news from the United States Department of Agriculture has me thinking that maybe Suze Orman has a point.

Even though they’re technically in charge of nutrition, the USDA released a calculator that shows you exactly how much those kids you’re driving around in your trashed car cost you.

The tab for raising kids, according to the calculator, seems like roughly half the family income. Before taxes. It depends a bit on where you live and what your annual income is. No matter how you slice it, though, kids are where we’re sinking our fortunes.

The amount no doubt does not take into account the stuff kids break and we have to replace (for a graphic look at that, don’t miss SMKR, a site about stuff people’s kids have ruined, only the S doesn’t stand for “stuff.”)

If someone had told me before I had kids exactly how much they’d cost, I’d have passed out. I’d have thought it was impossible. I would’ve looked around and wondered how the heck people managed.

You’d have to be crazy—reckless even—to take your financial security and trade it for a couple of kids. And yet we do. Willingly. Happily. Gratefully, even.

So maybe I’ll have to forgive Suze Orman—who does not have kids—and agree that yes, certain people with dirty cars are financially reckless.

We put love above the rationality of balance sheets. We trade in financial comfort for familial chaos. We give it, gamble it even, without asking or expecting anything in return. And what we get, besides messy cars, is worth infinitely more, even if no one from the USDA has figured out yet how to measure it.

New to Cozi? It’s the simple way to manage your busy family life with a shared calendar and lists that you can access from any mobile device or computer. Sign up for Cozi. It’s FREE!